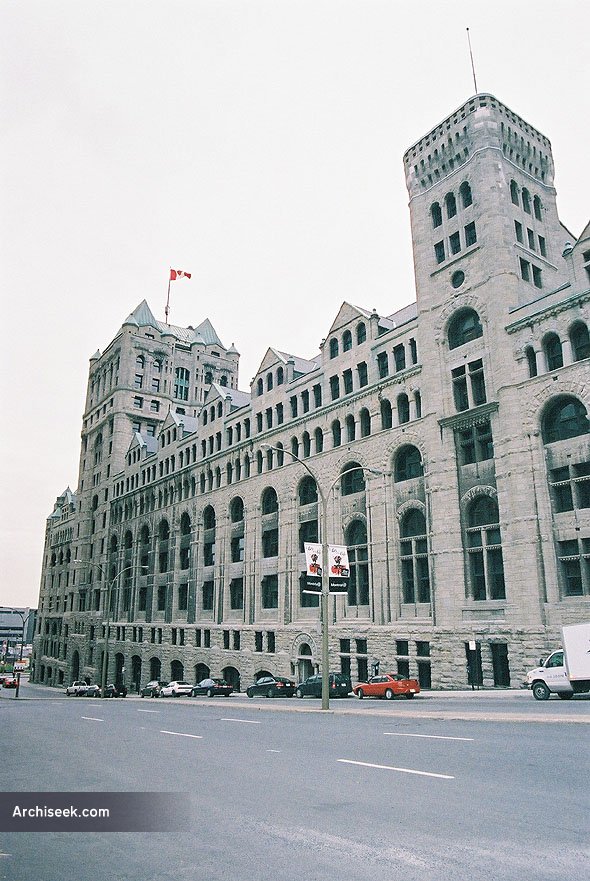 In 1887, Canadian Pacific, just after completing the country’s first transcontinental railway, began building Windsor Station. The company wished to have a suitably imposing station where it could locate its head office. Bruce Price, the American architect responsible for Windsor Station, designed it in a Romanesque Revival style. CP then called on Price again, giving him the opportunity to create the “chateau” hotel style that would become the company’s architectural trademark. Windsor Station was completed in 1889, and substantially expanded in 1900-1903 and 1910-1913 by Canadian architects. The firm of Edward and William Maxwell handled the third phase, which included a fifteen-storey tower, and managed to maintain the superb overall character of the building.

The distinguishing feature of Windsor Station is its rugged appearance. The rusticated arrangement of the gray stone, in true Montreal tradition, contributes to this impression of strength, as do such Romanesque-inspired forms as the great arches rising three storeys high. Price was dissatisfied with the result, however, feeling that it lacked character. Windsor Station by no means suffers in that regard, but it no doubt had a character different from what the architect had in mind. For him, even at that time, character meant being picturesque.