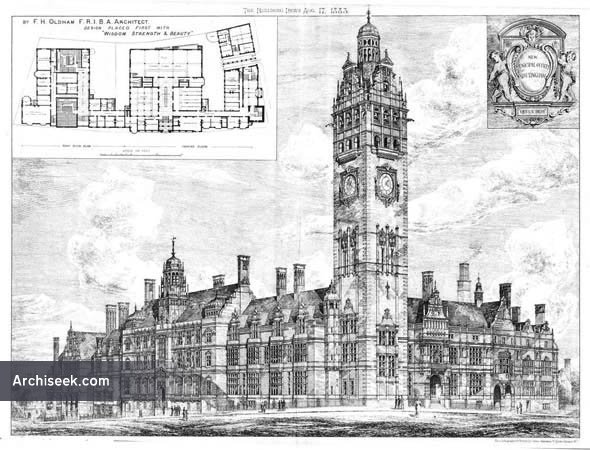 When the competition for “˜The Guildhall’ on Burton Street was launched in 1888 with prizes totalling £600, it was stressed that business premises were required and not a town hall. From the eight finalists, Verity & Hunt of London were chosen, although originally the first place was shared with F.H. Oldham of Manchester. George Corson was third and received £100. It is not recorded if the £300 first prize was shared! The estimated cost of about £161,000 was brought down to £128,416 but the Council felt even this was too high and requested the architects to prepare a more modest scheme, which was duly delivered in an early French Renaissance style at around £65,000.