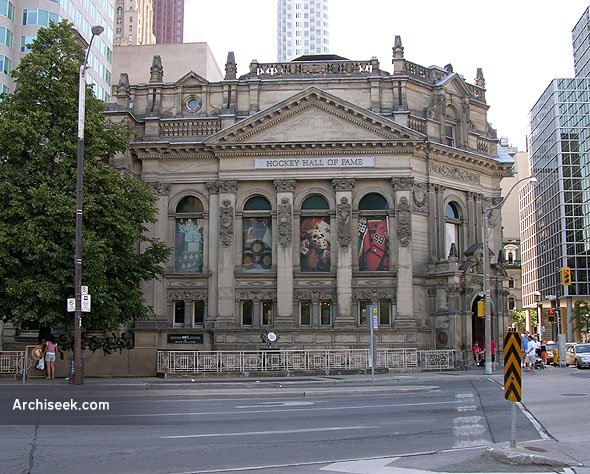 Designed in 1885-86 to replace a building that was not yet thirty years old, because it was not grand enough for the aspirations of the Bank of Montreal, and was the head office of the bank in Toronto. It continued in business until 1982, when it closed, and now houses the Hockey Hall of Fame. The building has two fine monumental pedimented facades with a chamfered entrance bay between them.