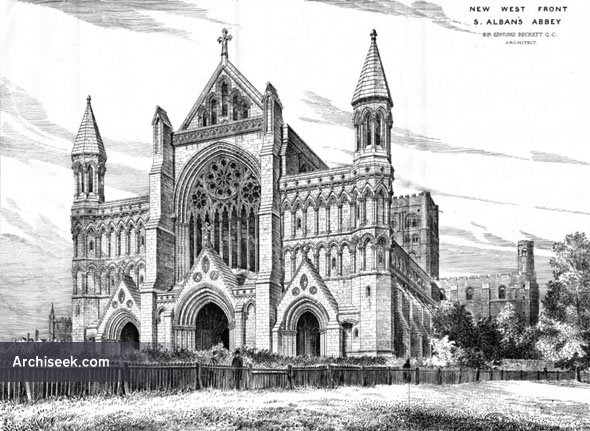 Edmund Beckett, 1st Baron Grimthorpe, Q.C. (12 May 1816 – 29 April 1905), was a lawyer, amateur horologist, and architect. In 1851 he designed the mechanism for the clock of the Palace of Westminster, responsible for the chimes of Big Ben. He was also responsible for rebuilding the west front, roof, and transept windows of St Albans Cathedral at his own expense. Although the building had been in need of repair, popular opinion at the time held that he had changed the cathedral’s character, even inspiring the creation and temporary popularity of the verb “to grimthorpe”, meaning to carry out unsympathetic restorations of ancient buildings. Part of Beckett’s additions included statues of the four evangelists around the western door; the statue of St Matthew has Beckett’s face.