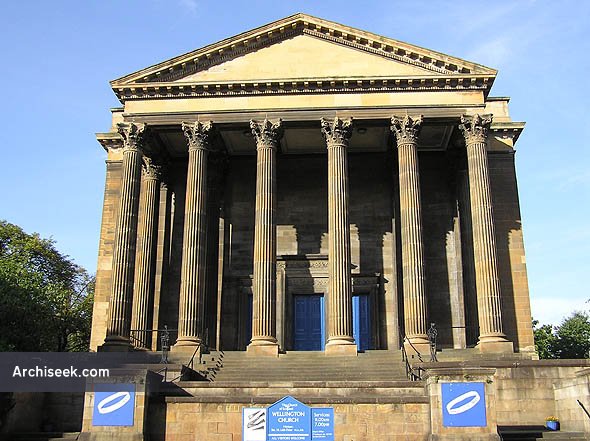 The exterior of Wellington Church is notable for its magnificent neoclassical portico, complete with a colonnade of Corinthian columns. This neoclassical architecture was much favoured by United Presbyterian Church who constructed it, in contrast to the Gothic Revival favoured by most other churches in the Victorian era.

Thomas Lennox Watson, the architect, studied at the Glasgow School of Art and with Alfred Waterhouse in London, who encouraged his interest in ancient and modern Gothic and Romanesque architecture. Returning to Glasgow, c. 1875, he proved his skill in Classical design with several notable churches. He worked almost exclusively in the more popular classical and renaissance styles for his commercial buildings, schools and houses.