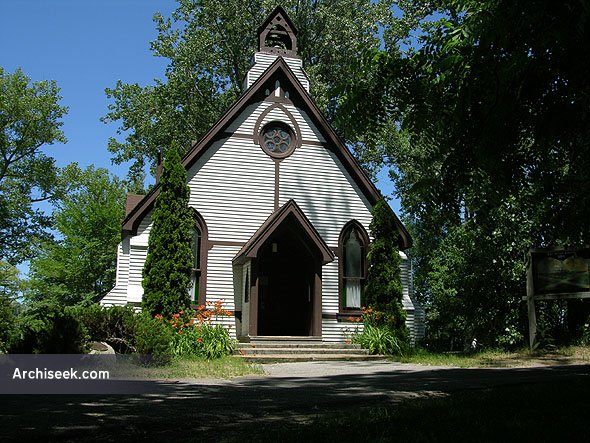 The moving force behind the construction of this island church was Reverend Arthur Sweatman who later became Archbishop of Toronto, and Primate of All Canada [1907 – 1909]. The island church functioned as the Bishop’s chapel-of-ease during the long hot summers. The church architect created a semi-Gothic and Mediaeval variation on the Stick-Style that was generally used for cottages and summer hotels. Its plan, with chancel and nave, furnishings, and stained-glass-filled windows followed the established patterns of High Victorian parish architecture. Between 1919 and 1921 large, magnificent stained glass windows were added to the church. These windows were designed and executed by the famous craftsman Robert McCausland. In 1959 the church building was moved to its present location. To do so necessitated sawing it into two pieces, but it was carried out with no serious damage to the windows or fittings.