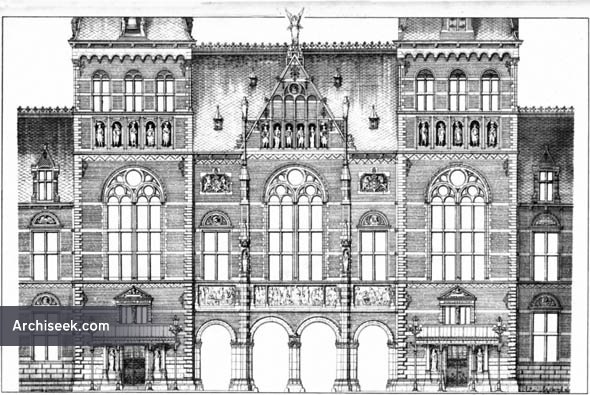 Petrus J. H. Cuypers, also known as Pierre Cuypers, was responsible for the design of many churches in neo-Gothic style in the Netherlands, and as such is one of the leading figures in the proces of catholic emancipation in the second half of the 19th century. Front elevation published in The Building News, November 28th 1884.