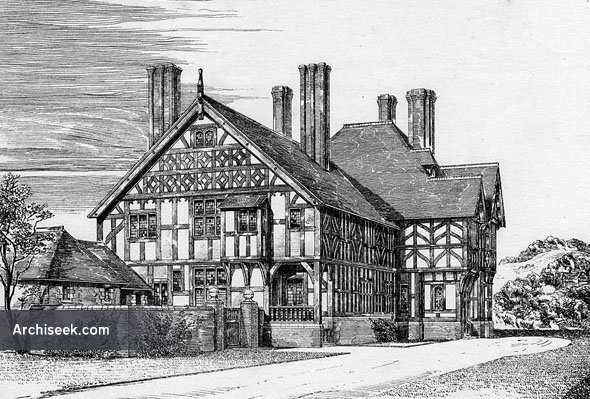 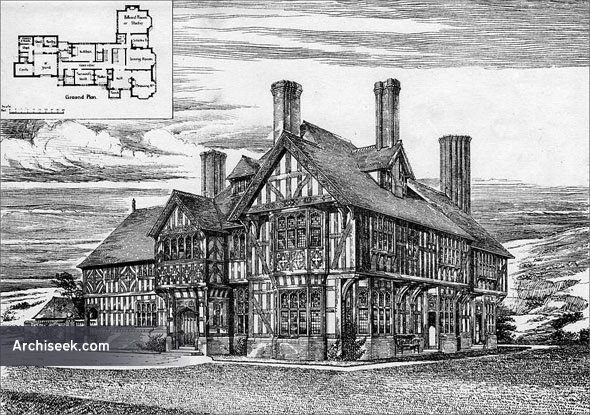 “This new house, of which wo give two views, with ground-plan, is built on the hill- side, a short distance above the site of the abbey from which it takes its name. Of the latter there remain only some fragmentary portions of the walls, and a small bridge which once spanned the brook, and formed the approach to the abbey. The half-timbered style has been chosen for the new building, as being suitable for the locality, the site being a short distance from the boundary between Worcestershire and Herefordshire, where many old timber-built farmhouses and cottages still remain. The construction is of solid oak framing, on a foundation of local stone, with brick chimneys and brown tiled roofs. The hall and dining-room are panelled in oak framing, with ribbed ceilings, the whole of the joiner’s work in the best portion of the house being executed in oak. The work has been well carried out by Mr. Thos. Espley, of Eccleshall, Staffs., Mr. Jas. Hodgson being the clerk of works. The architect is Mr. John Douglas, Chester.” Published in The Building News, January 7, 1881.