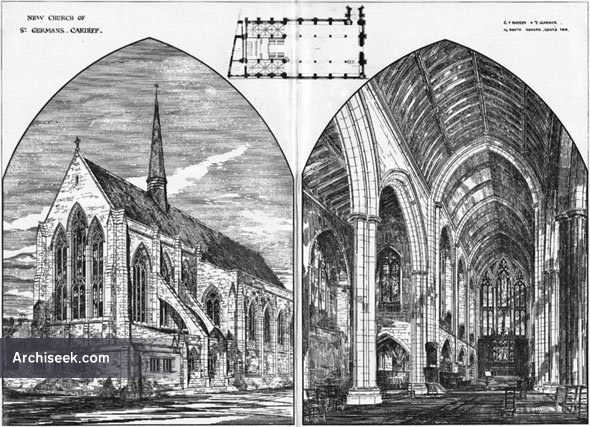 The site was the gift of Lord Tredegar who laid the foundation stone on 18 April 1882. It was consecrated on 9 March 1886 and the Parish was formed by the Order in Council dated 31 March, of the same year. The interior is simple in design and characterised by clusters of slim columns carrying arches of Gothic conception. In a spacious sanctuary the commanding High Altar has a magnificent reredos, erected in 1922 as a parish memorial to the thirty years incumbency of Father Ives, the first vicar, surmounted by an east window executed in 1900 by Burleson and Grylls.