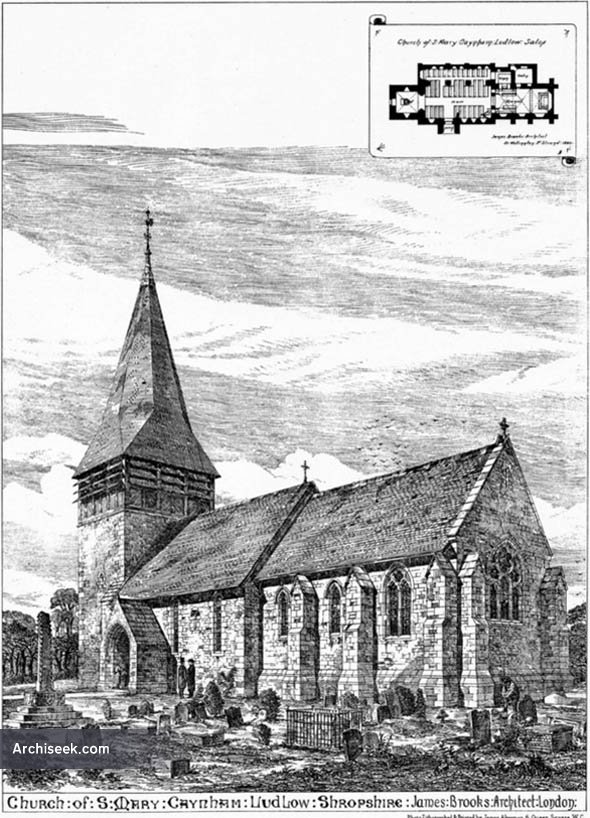 “This church had fallen into such a state of decay — the walls being more than a foot out of the perpendicular, and in many places fractured from foundations to roof ; burials had taken place quite close to the walls, and some feet below the foundation s— that the church had to be shored up to prevent its falling, and so dangerous was its condition that for some considerable time past, it has been closed, and the village school has been used for the services. The works now in progress comprise rebuilding the walls of nave and chancel and east wall of tower, all ancient doors and windows and groins being rebuilt in their original position. On the north side a new aisle, organ-chamber, and vestry arc being built. 1110 walls of chancel are being rebuilt with new foundations, the windows being rebuilt in their original position. The chancel aisle wall contains a triple arch, and is in good condition ; this interesting feature will be carefully preserved. The wood shingle spire is a new feature, in the place of the modern slate roof. The works are being carried out under the direction of Mr. James Brooks, architect, 35, Wellington-street, Strand, London, W.G.” Perspective including ground plan published in The Building News, July 30th 1880.