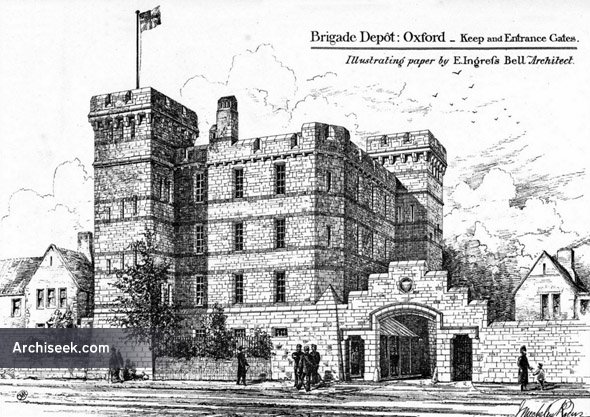 Keep & Entrance Gates published in The Building News, November 19th 1880. “It comprises the guard-room and accessories, and the store for arms and accoutrements. It is a type which has been used generally in the new brigade depots built, or building, under the Military Forces Localisation Act of 1872. The architecture is severe, as befits its purpose, and the structure is effective from its mass, which is considerable, and from the simplicity of its parts and enclosing lines. We hope hereafter to be able to give further particulars of this interesting and unique class of buildings, of which so many examples have been recently constructed.”