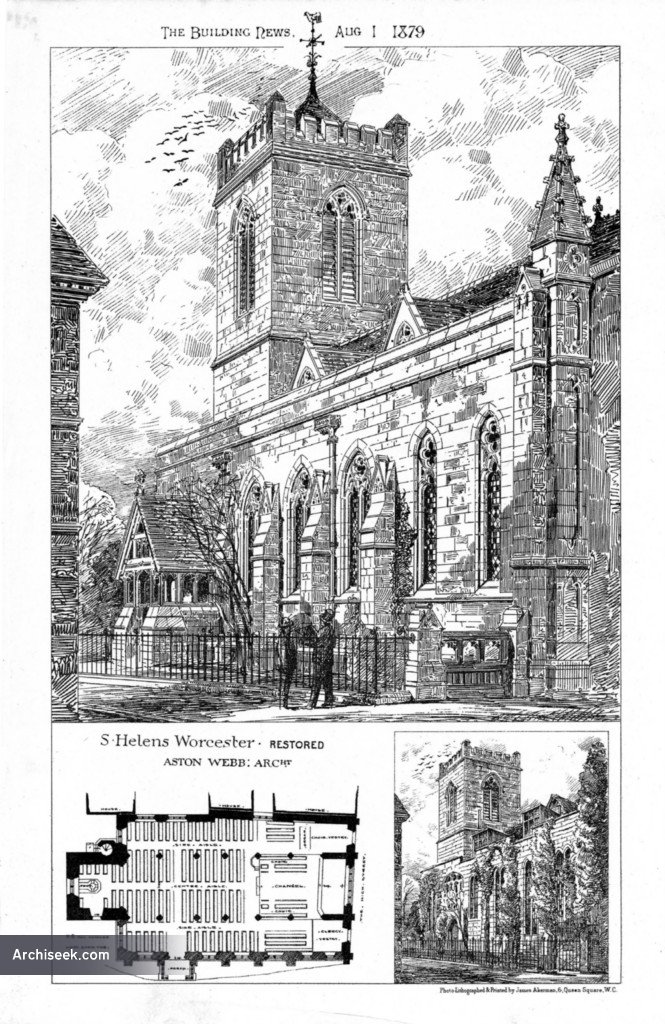 Perspective Views (before & after restoration) including ground plan. Published in The Building News, August 1st 1879. “An interesting church, from the fact of its being
the Mother Church of the Diocese of Worcester, the Vicarage of St. Helen being mentioned when the see was first founded in a.d. CSO. Since this time more than one church has been erected and destroyed on the site of the present church, no part of which is earlier than end of the 13th century, and all that remains of this being a portion of the south aisle wall as shown in the illustration, the nave arcades and the remainder of the south wall being of the l7th century, the north aisle and east end, the end of the 18th century ; the tower (which contains a good peal of bells) at the commencement of the present century, and the east window having been filled -with tracery within the last few years. The south aisle wall, which -n^as built at two distinct periods -with a red sandstone, had much perished and been further disturbed by the ivy roots which completely penetrated the walls; the mullions and tracery had been largely renewed in cement, and the rain penetrated the wall throughout, and it was found absolutely necessary to remove it. The new aisle wall now building is shown in the accompanying illustration, and is being erected on the old foundations.”