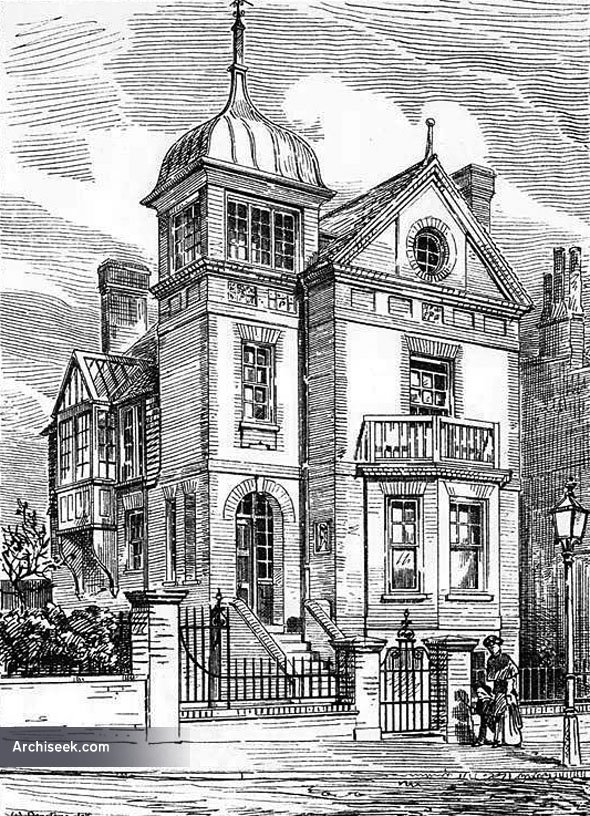 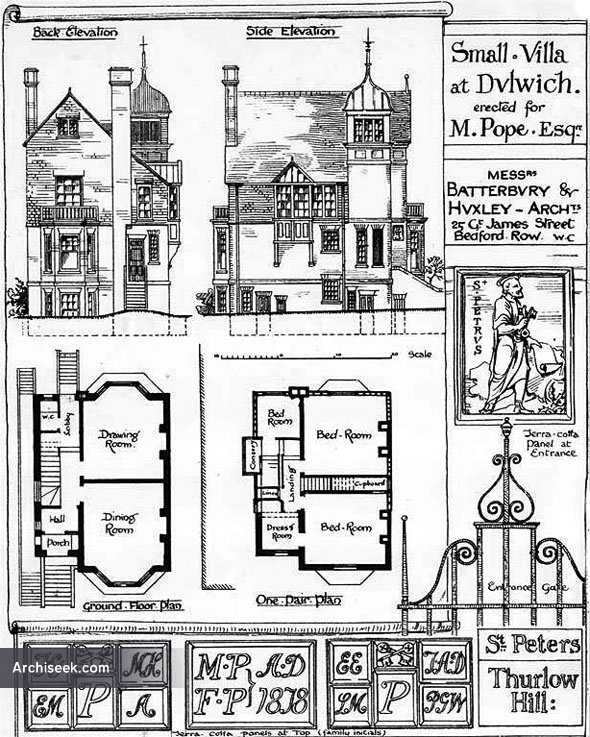 Erected for M.Pope esq., perspective view, elevations & plans published in The Building News, October 17th 1879. “The illustration shows a small detached villa, erected for Mr. Michael Pope, on the highest point of Thurlow-hill, Dulwich. The facings are of stock brick and the dressings of red brick. The roof and sides are tded. The figure of St. Peter and the panels, which are of terra-cotta, were supplied by Messrs. Cooper and Son, of Maidenhead. The figure was executed from a cartoon prepared by Mr. William Penstone. The works have been executed by Messrs. Lather Bros., of Battersea, under the superintendence of the architects, Messrs. Batterbury and Huxley, 2.5, Great James-street, Bedford-row, W.C.”