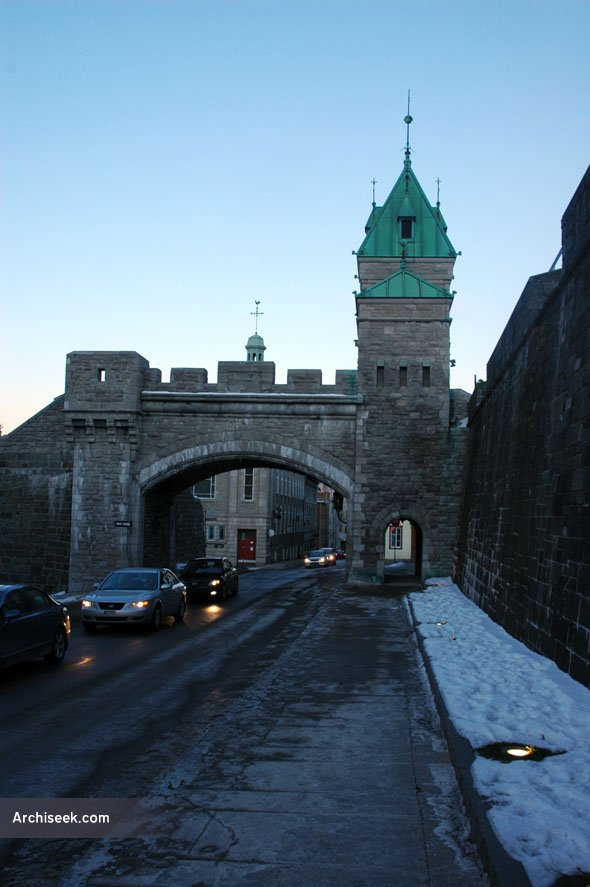 Irish architect W.H. Lynn was brought over to Quebec in 1875 by the Governor General, Lord Dufferin, and he produced several designs for gates and towers including Porte St. Louis and Porte Kent. He also produced a design for a new chateau which was not constructed. Porte Kent was erected in 1879 was named after Queen Victoria’s father The Duke of Kent.