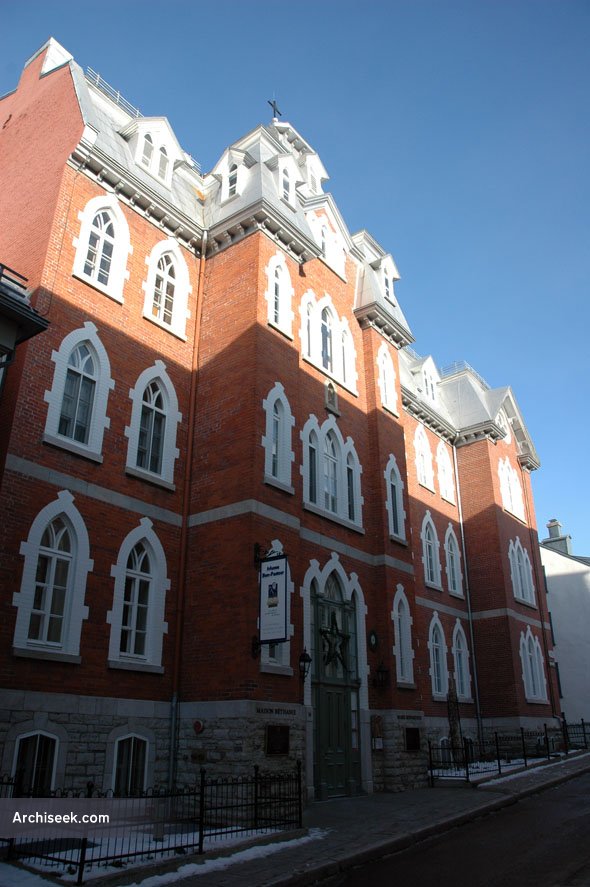 The Good Shepherd Museum is located in the fine neo-gothic L’Hôpital de la Miséricorde. The two wings set aside for the museum were built in 1878 and 1887 to plans drawn up by David Ouellet, an architect well respected in the religious architectural community of Quebec. Formerly known as Hôpital de la Miséricorde (a mercy hospital), the building with its red brick walls pierced with pointed-arch windows enhanced by a band of white trim is a good example of Neo-Gothic architecture. That institution, destined for pregnant single mothers, was run by Good Shepherd Sisters of Quebec for close to 100 years.