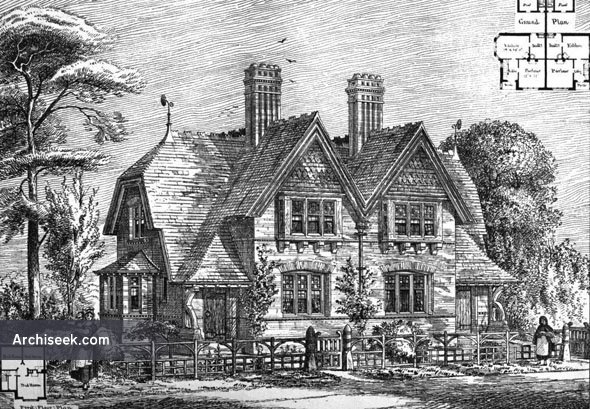 From The Architect, October 9, 1875: The cottages, of which we give an illustration, have been erected at Oxhey, Herts. They are built of local stock bricks, with strings and arches of moulded red bricks. The gables are covered with moulded weather tiles, and the roofs with plain red tiles. The plans attached to the view will sufficiently explain the arrangement of the rooms. The work has been carried out by Mr. Allen, builder, Watford, under the direction of Mr. W. Young, architect, Exeter Hall, Strand.