1875 – Board Of Works Offices, Greenwich, London 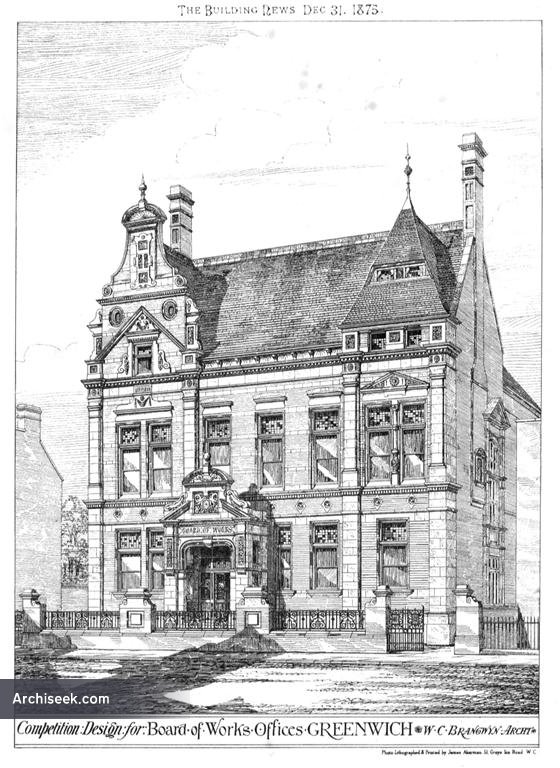 Greenwich was a local government district within the metropolitan area of London, England from 1855 to 1900. It was formed by the Metropolis Management Act 1855 and was governed by the Greenwich District Board of Works, which consisted of elected vestrymen. In 1875 designes were submitted for a building which was opened in 1877. This was one of the unsuccessful entries.