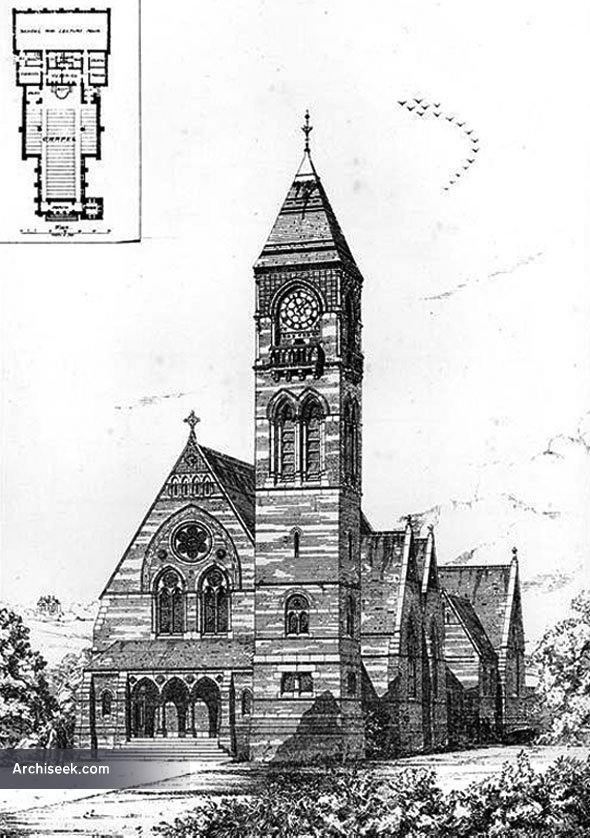 Perspective including ground plans of the Congregational Church in Harestone Valley Road published in The Building News, April 3rd 1874. The architect John Sulman was married in this church, the first wedding held here, before emigrating to Australia where he spent the remainder of his life. One of the most coveted architecture prizes in Australia, the prestigious Sir John Sulman Medal, also known as the Sulman Award, recognises excellence in public and commercial buildings. The medal is awarded by the New South Wales Chapter of the Royal Australian Institute of Architects. The medal was first awarded in 1932. Now the United Reformed Church.