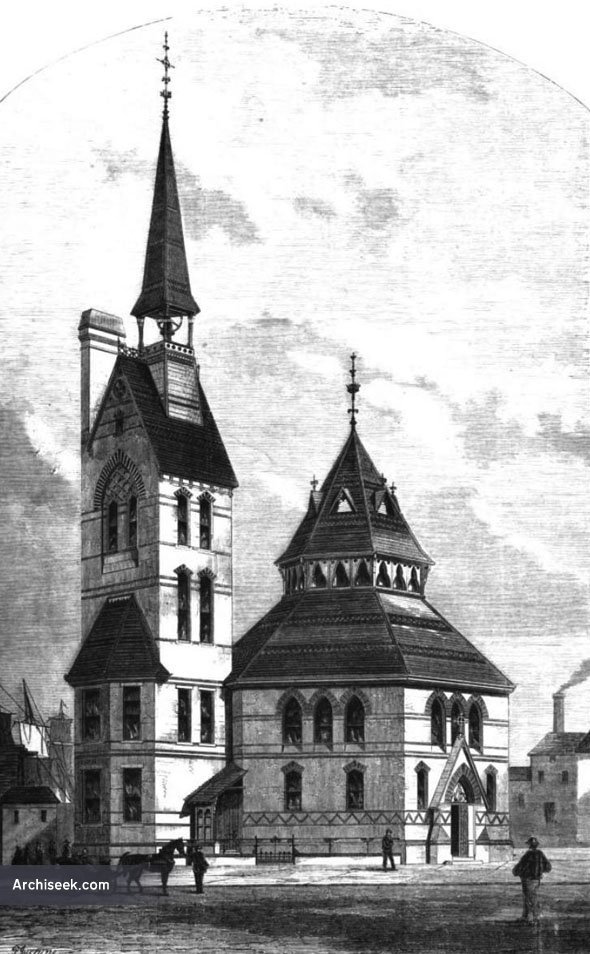 From The Builder March 12, 1870: So numerous are the Norwegian and Swedish Seamen who come to the port of London that it is proposed to build a church for them in Rotherhithe and we have engraved the design for it that has been made under the direction of a committee by Messrs Giles & Biven architects though as we now understand it may possibly be somewhat altered before the intention is carried out. In plan it is hexagonal the accommodation is for 250 persons and a small gallery could at any future time be added. There are two distinct reading rooms adjoining for the use of merchant seamen and captains and these rooms also counld at any time be thrown open by means of a movable screen to as to increase the accommodation of the church. Two living rooms are provided for the use of a resident official in whose charge the whole establishment would be. The building is of a simple Gothic character the material for the walls would be brick the roofs covered with slate. The interior of the church is to be faced with mosaics. The apse of the chancel is semicircular and lighted by small lancet windows. The somewhat peculiar plan was necessitated by the shape of the ground but as the committee have now obtained the grant of a larger piece of land a change of plan to some extent is contemplated