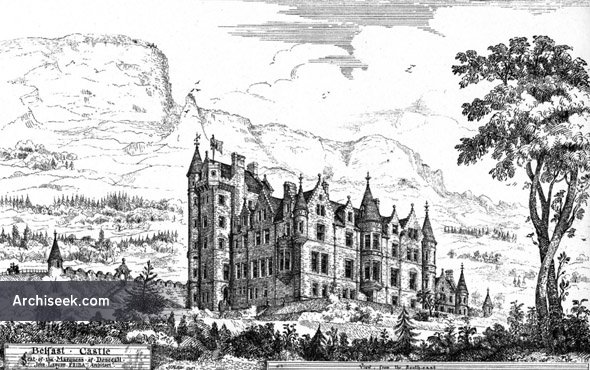 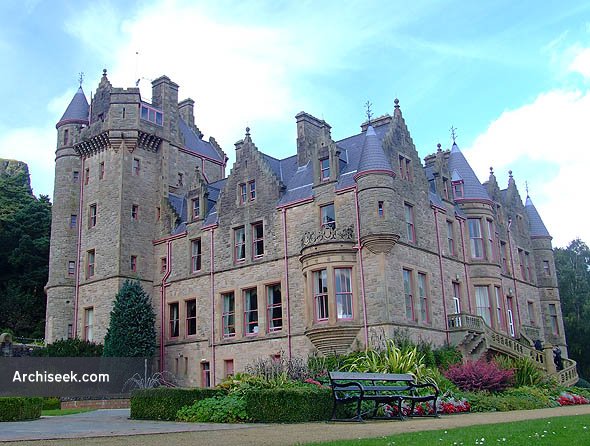 The Chichesters (later the Donegalls) lived in England as absentee landlords but came to live at Ormeau at the beginning of the nineteenth century. After re-marrying in 1862, the 3rd Marquis of Donegall, decided to build a new residence within the deer park on the slopes of Cave Hill and hired Lanyon, Lynn and Lanyon. Junior partner John Lanyon was mainly responsible for the plans of the castle in the Scottish Baronial style.

The building was completed in 1870, having far exceeded the initial estimate cost of £11,000. The Donegall fortune had dwindled so drastically that the project was nearly left unfinished. The son-in-law of the Marquis, Lord Ashley, heir to the title, Earl of Shaftesbury, stepped in and paid for its completion.

The 3rd Marquis died in 1884 and the 7th Earl of Shaftesbury the following year. Lord Ashley, and his wife Harriet Augusta, thus inherited the Shaftesbury title and the Donegall home. The two families are remembered in many Belfast street names eg Donegall Place, Square and Road and Shaftesbury Square.

The Shaftesbury family were philanthropists, supporting various charities and hosting garden fetes within the castle ground. The 9th Earl became Lord Mayor of Belfast in 1907 and Chancellor of Queen’s University the following year. The family presented the castle and estate to the City of Belfast in 1934.