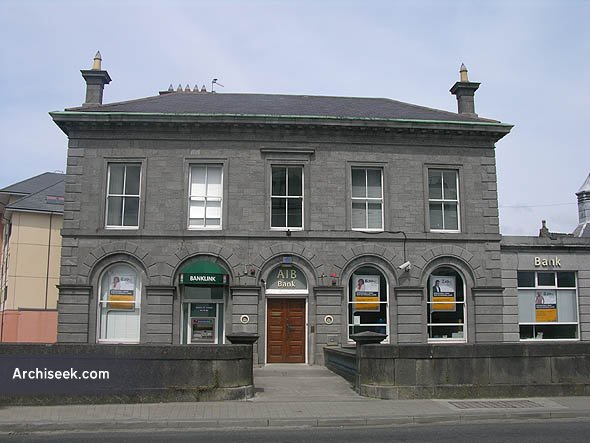 The Provincial Bank opened in Athlone in 1827. It was the first branch of a large commercial bank to be opened in the town. In 1861 the bank moved to these purpose-built premises. After a series of mergers in the twenthieth century, the Provincial Bank is now part of the AIB Group. The building has an unusual entrance, being approached across a short bridge which crosses a lower public right-of-way.