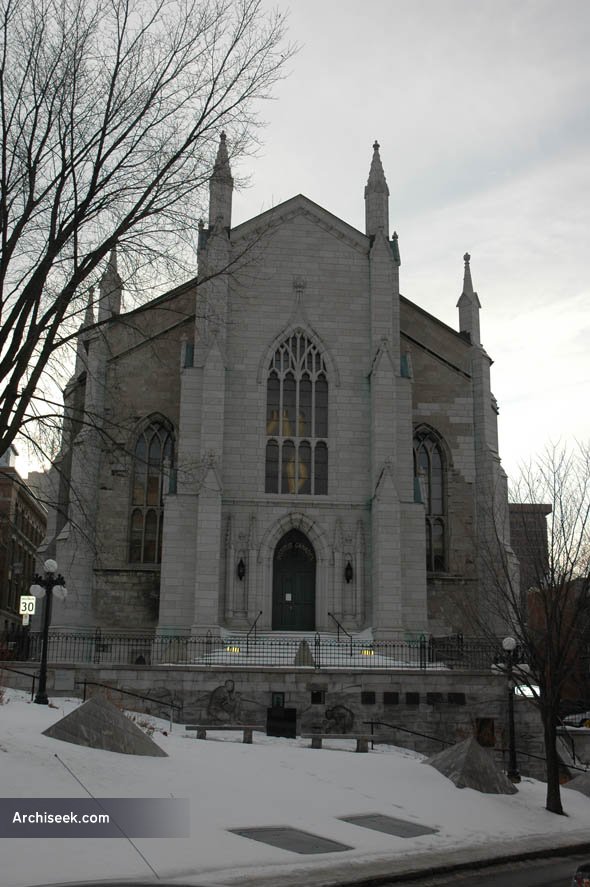 Built as a Wesleyan Church in 1849-50. In the twentieth century, Congregationalist, Methodist and Presbyterian churches throughout the country merged in 1925 to form The United Church of Canada. In Quebec City, Chalmers Free Presbyterian and the Quebec Methodist (Wesleyan) Church independently joined the new body. As a result, there were two United Church congregations located in close proximity in the Old Town, each with a large building to maintain. Therefore, in 1931, Chalmers United Church and Wesley United Church decided to join together in the Ste. Ursule Street building, then renamed Chalmers-Wesley United Church. The former Wesleyan Church on St. Stanislas was later sold to the Ville de Québec and the lower level, l’Institut Canadien, is now used as a public library.