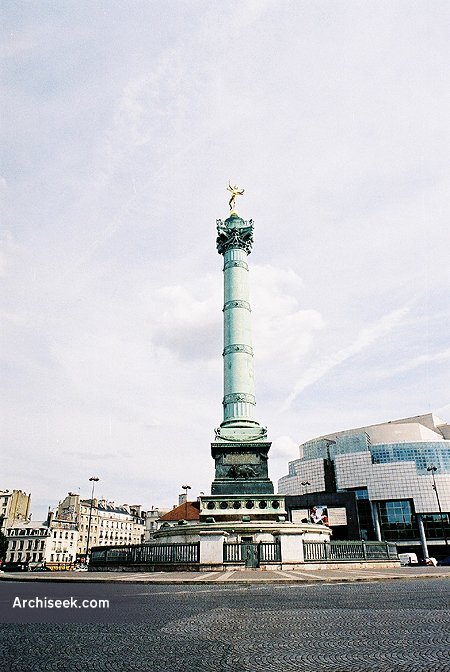 Previously the site of the Bastille, the fortress built by Charles V between 1370-82. This was removed around 1789, and Napoleon commissioned a fountain for the site. This later became the “Colonne de Juillet”. It is 50 metres high and includes a spiral staircase. It is built on the graves of the victims of the July Revolution and is engraved with the names of the 504 who died.