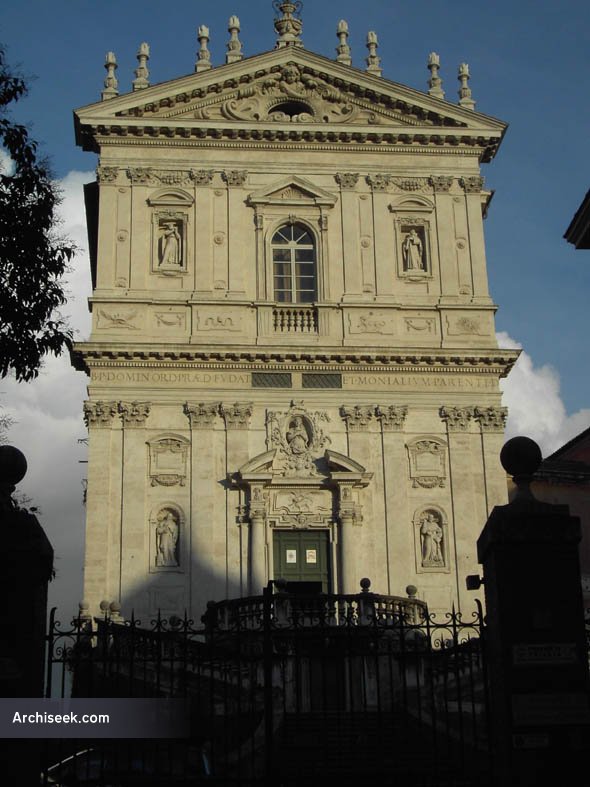 The church was built at the order of Pope St Pius V (1566-1572), who was a Dominican. Construction started in 1569, and the complex – the convent was rebuilt from 1575 – was not completed before 1663. The original plan may have been the work of Giacomo della Porta, but during the long construction period several architects worked on the building. Nicola Torriani is known to have designed the lower part of the church, and he may also have designed the upper part. The Baroque travertine façade was constructed in 1646 by Felice and Vincenzo della Greca.