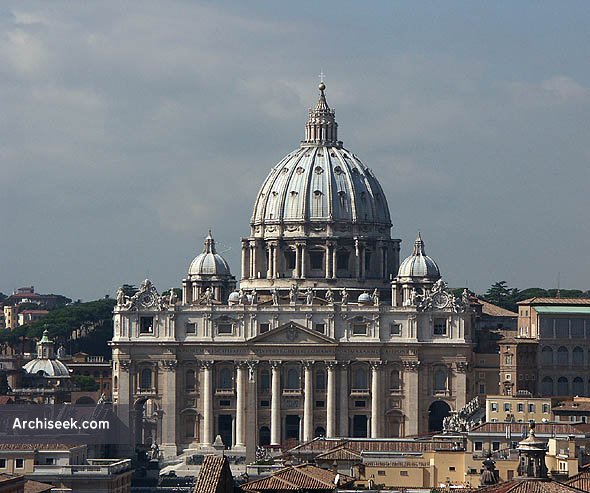 Construction on the current basilica, over the old Constantinian basilica, began on April 18, 1506 and was completed in 1626. There is a widespread assumption that the dome, or cupola, as it presently stands, was designed by Michelangelo, who became chief architect in 1546. In fact, Michelangelo’s design called for a spherical dome. At the time of his death (1564), only the drum set, the base on which a dome rests, had been completed. The dome proper was redesigned and vaulted by the architect Giacomo della Porta, with the assistance of Domenico Fontana, who was probably the best engineer of the day. Fontana built the lantern the following year, and the finial was placed in 1593.