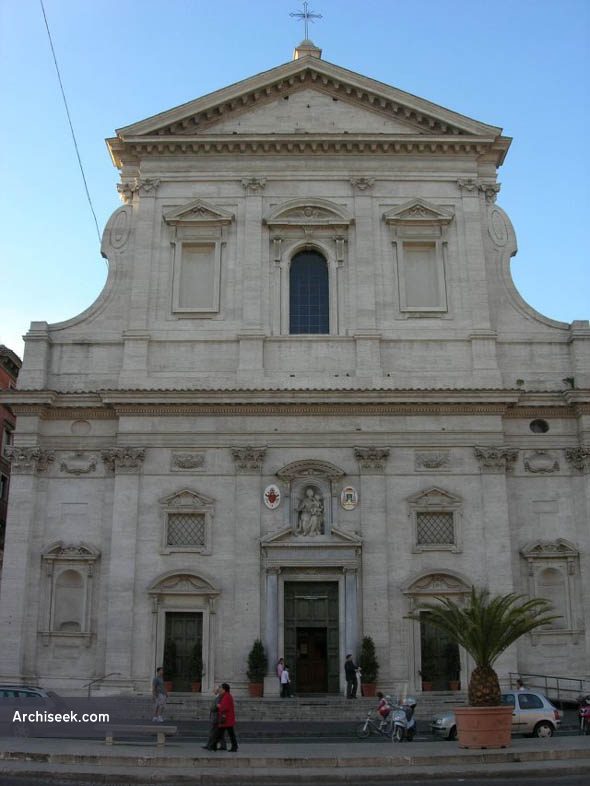 Designs by Giovanni Sallustio Peruzzi (with contributions by Ottavio Mascherino and Francesco Peparelli) for a replacement church were in place by 1566, though the papal artillery officers insisted that its dome be as low as possible to avoid a recurrence of a previous problem – the previous church was demolished in 1527 to clear the line of fire for the cannons of the Castel Sant’ Angelo. This meant that the new church’s dome was built without a supporting drum.