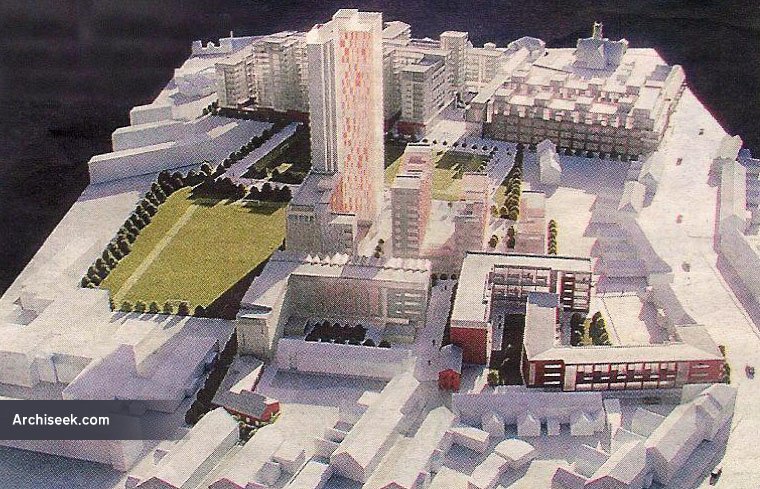 Up to 500 residential units are included in the planned Players Square, a mixed-use redevelopment of the former Player Wills and Bailey Gibson sites on the South Circular Road in Dublin 8. The scheme totals 64,200sq m (691,042sq ft) in a range of buildings on the 4.2-hectare brownfield site. Final planning permission for the large development was given by An Bord Pleanála in April and included a number of amendments. The planned mix includes retail units and a large anchor food and home store, office units, crèches and community buildings, a medical centre, leisure facilities and a school. The buildings range from two to four storeys on the development’s periphery and up to eight storeys in the central core of the development. Construction is due to commence next year with first occupation two years later. The 11-acre site has been idle for years. Surrounded by residential housing, the provision of new services in the development will help to revitalise this part of Dublin. Players Square is a joint venture involving Bee Bee Developments Ireland Ltd and the Walls Group. The development architects are led by Gerry Cahill of Gerry Cahill Architects (GCA) and Michael Grace of Newenham Mulligan Architects (NMA).