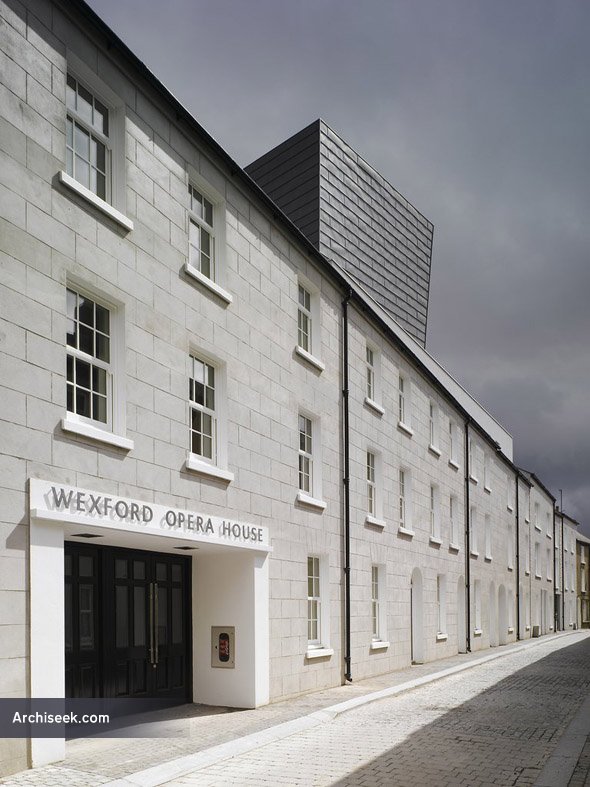 The building would set new standards for theatre design and, specifically for opera house design in Ireland, the Minister for Arts, Sport and Tourism Séamus Brennan said yesterday as he performed the topping out ceremony for the Wexford Opera House. The new €33 million building is the first opera house to be built in Ireland in the 21st century. It is located on the same site that housed the Theatre Royal, home of Wexford Festival Opera since its foundation in 1951. But its 7,750sq m (83,420sq ft) area is more than four times that of the Theatre Royal and its seating capacity of 779 is more than 40 per cent greater. Audiences can be expected to appreciate the comfort of having an area per seat that’s up nearly 40 per cent on that of the old theatre. The building would set new design standards, Mr Brennan said, and “its ambition is therefore a matter of both regional and national significance and pride”.