U2 tower now ready for Elevation 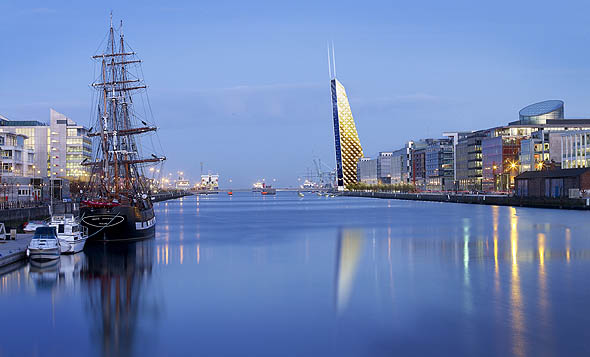 After years of planning, wrangling and rowing, it finally looks like the landmark U2 tower is finally set to get off the ground. Plans for the Liffey highrise remain on course even though a formal agreement with the developers has still not been struck. The Dublin Docklands Development Authority (DDDA) said negotiations between it and the preferred bidders – a consortium including U2 members – “are due to be completed shortly”. The DDDA expects “construction of the tower to begin by the end of this year or early next year”, a spokesman said. Geranger Ltd was chosen by the DDDA as the preferred bidder for the €200m project on Britain Quay in October, beating off competition from Sean Dunne’s Mountbrook Homes. Geranger, a consortium consisting of Ballymore Properties, developer Paddy McKillen and the members of U2, plans to build a skyscraper soaring 60m higher than the Spire.