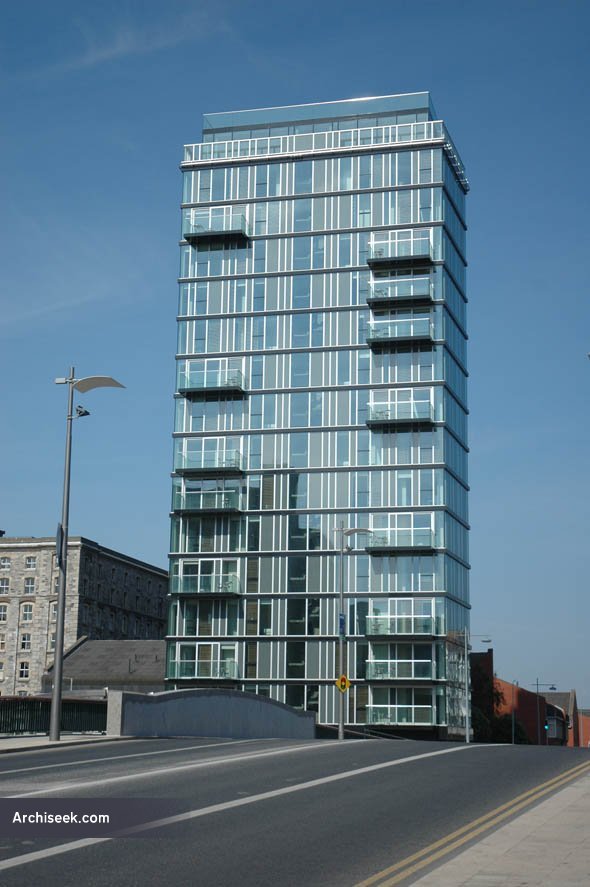 Following on from two successful years, the Irish Architecture Foundation is delighted to announce the third annual Open House Dublin weekend, which will take place from Thursday 16 October to Sunday 19 October 2008. Open House Dublin is a simple but powerful idea – over one weekend in October buildings selected for their architectural quality and interest open their doors to the public. This year’s theme The Changing City and Greater Dublin will be focusing on buildings, places and infrastructure that have transformed the wider city area – from energy-efficient apartment schemes to landmark civic offices and state-of-the-art corporate headquarters, and from lighthouses and historic monuments to the original Dublin Airport building. Dublin City Council is joined this year by Ballymun Regeneration Ltd and the County Councils of Fingal, Dun Laoghaire-Rathdown and South County Dublin as event partners.

The economic boom of the past fifteen years has undoubtedly manifested itself in an architectural renaissance, and Open House Dublin will be looking at some of the key buildings and infrastructure that have emerged from this period. The 2008 Open House programme features close to 140 buildings and events – almost double on last year – in a diverse, topical and vibrant programme.

Alto Vetro (meaning ‘tall glass’) is an elegant tower, which rises on a restrictive site in this former industrial part of the city and provides a stunning focal point from Grand Canal Square in the Dublin Docklands. The building is an iconic glazed 16-storey residential tower, comprising 24 two-bed and two three-bed duplex apartments. On the ground floor are two retail units. Open House offers a rare opportunity to see this building with tours on Sunday 19 October from 2 to 5pm. Last admission at 4.30.

A major new event in this year’s programme is OPEN DEBATE – a public debate on Has Dublin changed for the better? which takes place on Thursday 16 October in Liberty Hall.

Other new aspects of Open House Dublin 2008 include OPEN SPACE, an extended programme of walking tours; CHILDREN’S OPEN HOUSE with architectural tours and workshops in the National Gallery of Ireland and the Hugh Lane Gallery; and a visual arts programme CULTURSTRUCTION, where four artists have been asked to create site-specific installations/performances to respond to the city’s architecture.

All events are free of charge, and only a small proportion will require pre-booking. Over the weekend, buildings will be geographically clustered so that participants can explore them as part of a walking tour of an area or neighbourhood.