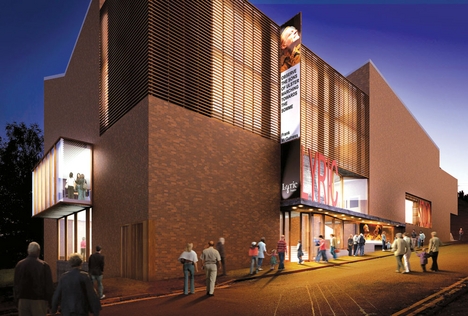 Belfast City Council has granted planning permission for O’Donnell & Tuomey’s Lyric Theatre. The 4,300sq.m building, which the practice won in a 2003 competition, will be clad in Belfast brick and will house a 400-seat theatre, a 150-seat studio and rehearsal space. It will cost £17.2 million.

To be built on a sloping site down to the Lagan, the structure will ‘step’ down the hill. The large auditorium is set back from the streetline so its backstage fly tower does not intrude on the roofline. The studio faces the street and features a picture window, allowing visual communication between passers-by and those working inside. The rehearsal space is above the foyer bar area overlooking the river and is secluded from public view so that actors can prepare for performances undisturbed. Each of the three spaces has individual roof forms to break down the building’s scale.