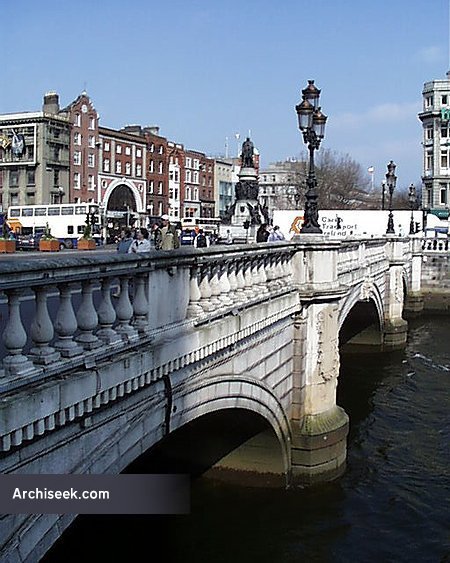 Work is under way to repair the damaged balustrade and pillars on Dublin’s famous O’Connell Bridge. The repairs, which began on Monday, include fixing its vertical pillars and part of the rail on the west side of the bridge. Concerns were raised recently by a conservation group over what it said were stress cracks, missing pillars and a missing section of parapet on the busy city centre bridge. “We noticed some pillars were missing, some were hanging by a thread and the top of parapet had cracked,” said Damien Cassidy of the National Conservation and Heritage Group. Mr Cassidy said he had notified Dublin City Council of the repairs needed. A spokesman for Dublin City Council, which has responsibility for the historic bridge, said the works were part of normal routine maintenance which takes place regularly. However, he said, the balustrade and pillars were the main part of the repairs.