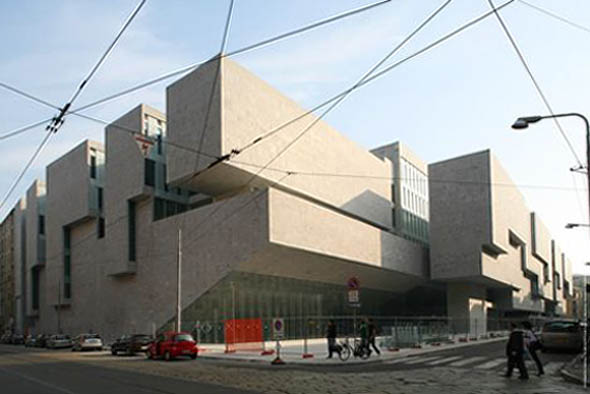 Dublin-based Grafton Architects, run by Shelley McNamara and Yvonne Farrell, have scooped the first World Building of the Year award at the inaugural World Festival of Architecture for their new faculty building at Bocconi University in Milan. The awards are the biggest and most wide-ranging architectural awards programme in the world, designed to “celebrate the work, concerns and aspirations of the international architectural community” according to its director, Paul Finch. At a time when many architectural practices in Ireland – including Grafton – have been laying off staff due to the downturn in the building industry, the news from the festival in Barcelona was particularly welcome. A total of 224 buildings in 17 categories from 43 countries made it on to the shortlist. Grafton had already won the premier award in the “learning” category for their mammoth Milan project and then went on to win the overall award.