Concern at scale of plans for city centre Cork site 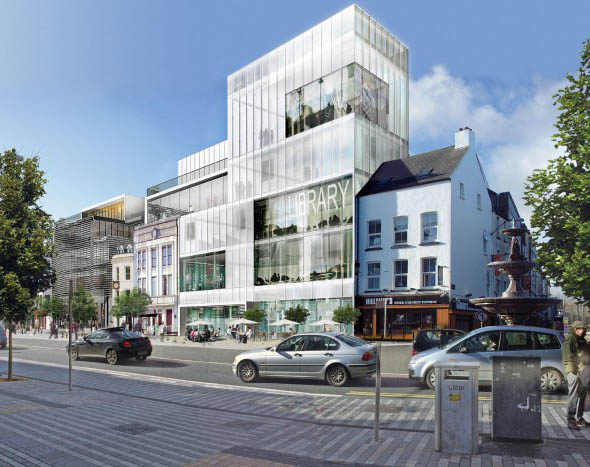 Big development plans for Grand Parade in Cork, which include a new city library twice the size of the present one, have run into trouble, with concerns expressed about overground and underground archaeology, including the old city wall. The Department of the Environment, Heritage and Local Government and An Taisce have both lodged appeals against the decision of Cork City Council to grant planning permission for a €300 million development, incorporating an enlarged city library. Cork City Council granted planning permission late last year to Frinailla Developments for the mixed use development on a 0.5 hectare site on the Grand Parade which will see the developer replace the existing city library and replace it with a new facility twice the size. Under the terms of the planning permission granted by Cork City Council, Frinailla Developments will build a new library with a gross floor area of 6,200 sq metres over six floors as part of the mixed use development with a total gross floor area of 40,000 sq metres.