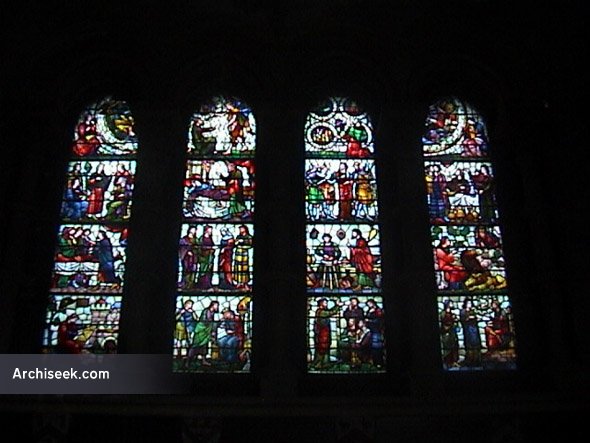 A new database recording stained glass windows in Church of Ireland churches will be launched next Monday at the Irish Architectural Archive. Named ‘Gloine’ (glass), the new database will allow users to search for windows by church or architect’s name, geographical location, names of stained glass artists and studios, dates, religious subject-matter and other categories.

The survey-work has been carried out by Dr David Lawrence on a diocese-by-diocese basis and has been completed in six dioceses. The survey will move onto the remaining six dioceses over the coming years. The project, funded by the Representative Church Body of the Church of Ireland and the Heritage Council, will provide a permanent art-historical record and aims to be the most accurate and comprehensive account of any aspect of the visual arts in Ireland.

The database will be accessible at the Representative Church Body Library in Churchtown, Dublin and at the Irish Architectural Archive, also in Dublin.