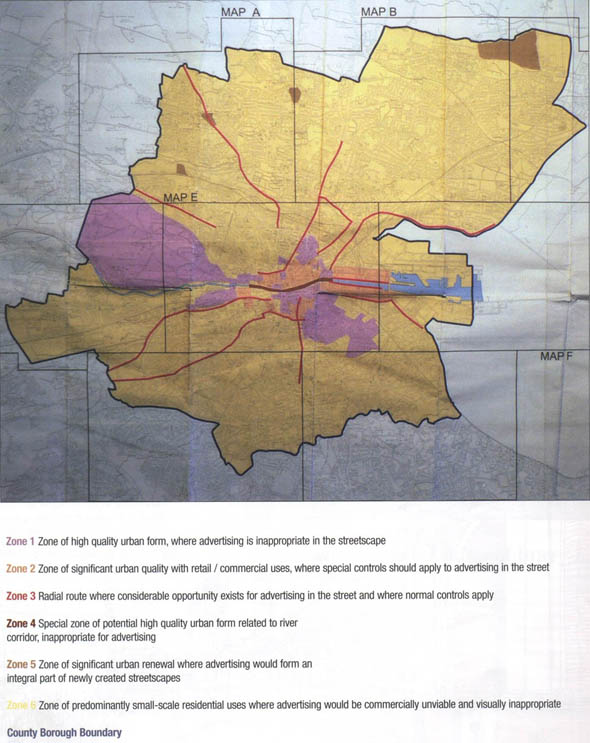 It sounded like a fairytale, yet what was initially hailed as “free bikes” has become one of the biggest planning controversies to hit the capital in years.

The so-called “metropole” plan – whereby advertising company JC Decaux is to swap city advertising space for 450 bicycles has exposed major flaws in the capital’s planning system – with elected representatives left out of a deal where they should have been instrumental.

Over the Christmas break of 2006/ 07, 70 applications were filed, followed by another 50 for billboards which are to be erected on public footpaths.

Remarkably, nobody seemed to tell the then Lord Mayor – or indeed the other councillors of this; this despite the requirement under section 183 of the Local Government Act which specifies that the release of public lands is a reserved function, necessitating a vote by councillors.

Yet councillors have not even been allowed to see the already-agreed contract, which officials describe as “commercially sensitive”.

What councillors were told was that the non-cash deal was worth €85m to the city, although subsequently it has been claimed that the revenue generated by the billboards is only worth €1M per annum over the 15 year terms.

This scheme has been hit by a number of criticisms – chiefly that by virtue of a single project being split into 120 applications it was project-split and applied to an authority that had a vested interest in approving the scheme. Critics claimed that this meant that to comprehensively appeal the scheme to the Bord would have cost €30,000.

Fortunately for JC Decaux, all applications left with Dublin City Council were approved – with city planners staunchly defending the scheme and denying that there was any conflict of interest for the council to adjudicate on applications arising out of a scheme in which it has a vested interest. However some 24 units were appealed to An Bord Pleanála, resulting in two dozen successive hearings over three days in October – which an inspector herself described as “unprecedented”.

Bizarrely the billboards all seem to have been earmarked for less well-healed areas; no application was lodged for Donnybrook, Ballsbridge, Sandymount, or Rathgar. Yet applications were made for Ringsend, Dorset Street, Coolock, and Fairview.

So how much are 120 billboards worth? Intriguingly it is claimed that the larger electronic billboards, displaying 3 different adverts, should each generate €8,000 per month – netting approximately €7M per annum, with the 50 smaller billboards making another €3M per annum. Hence over the 15 year terms the deal may have been worth €150 Million to JC Decaux.

So one estimate now puts each of the “free bikes” in the original deal at each costing the city over €300,000 in terms of foregone revenue. But that’s not the only problem. In recommending that the Bord reject all units under appeal, Inspector Jane Dennihey reasoned that the applications were “premature”.

One reason for her recommendation was the use by senior city planners of a map, entitled “Zones of Advertising Control”, as now exclusively reproduced by Plan.

The hitch here is that councilors claim to have not even seen this map previously – never minded voted on it.

This throws suggests that key planning documents are being decided without any consultation with either the public or elected councillors, resulting in what An Taisce often calls as “rezonings without due process”.

Notably the document is broken into areas that correspond with Dublin City Council Development Plan maps – yet equally notable is the absence of an official City Council stamp, or for that matter a date. So the question must be asked: who drew up the map? And by what authority? It is now being acted upon as if it were already adopted policy?

Now the Bord has rejected 18 of the 24 units, permitting some of the smaller bus-shelter size units in pedestrian areas – while refusing all of the larger “Metropole” units which were to be7 sq m and standing 2m off the ground – primarily on grounds of road safety.

The ratio of bikes yielded by billboards was less than 4 per unit, although in Paris JC Decaux provide 13 bikes per unit as well as an annual rental of €2,085 per billboard over 10 years – while Dublin gets no cash over 15 years.

Paris also rolled out a programme of putting in place an additional 300 kilometres of cycle-ways in advance of their scheme.

Intriguingly, the original deal required 75% of all applications to be passed for the scheme to go ahead. However, even though only 72 billboards are now permitted, the deal is still going ahead – and where JC Decaux was to remove 100 existing billboards, as stipulated in each planning permission, city planner Jim Keogan is now saying that only 50 are to be removed – a change which critics say is unlawful.

The units are already under construction although no rental bikes are expected until next spring – and the units are distinctly different from that which was illustrated in the applications, with brown metal mesh detailing replacing what appeared to be solid chrome stands.

Split applications, dubious rezoning maps, and the Bord rejecting all “Metropoles”: to add to this the Dublin City Business Association has written to Minister John Gormley asking him “to investigate”. The only question is what’s next? It’s over to you, Minister.