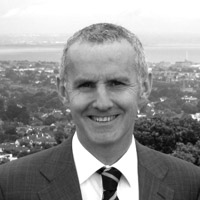 The agreement between Dublin City Council and international advertising company JC Decaux to provide rental bicycles in exchange for advertising space estimated to be worth €1 million annually is a “dodgy deal”, Green Party TD Ciarán Cuffe has said. Mr Cuffe was speaking at a Dublin seminar for international architecture students yesterday. Asked by a delegate what proportion of the Government transport budget was spent on cycling infrastructure, he said: “almost zero”. He outlined the arrangement whereby JC Decaux is to provide a bicycle rental scheme in exchange for outdoor advertising space at around 100 locations in the city. “The advertising has gone up, but we’ve had no bicycles. It’s been estimated that the advertising will be worth about €100,000 to JC Decaux per bicycle. It’s a dodgy deal between the city council and this advertising firm to get free bicycles,” Mr Cuffe said, adding that advertising structures mounted on footpaths were an obstruction to blind people.