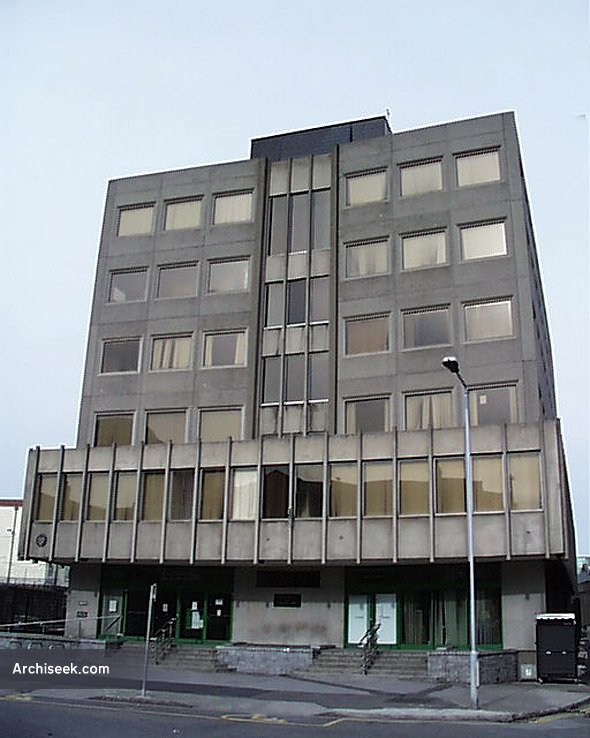 Formerly the Motor Tax office, now empty, and possibly awaiting demolition. Abhorantly ugly development that sat empty for some time, and was slated for demolition and redevelopment into an even more horrible building. While the two-storey podium was poorly detailed and clumsily proportioned, the stubby block above is even worse. Considering its proximity to the Four Courts, a case can and should be made for a lower building. A site truly deserving of some good modern architecture. Eventually demolished and rebuilt.

In 1987, the building was the subject of an interesting legal dispute. In Frank McDonald’s The Destruction of Dublin, it was attributed to John Thompson and Partners, and they sued for damages on the grounds they had nothing to do with the design of the building. McDonald lost, and a significant sum was transferred in settlement of the libel.