Planners backed U2 bid ‘out of deference’ 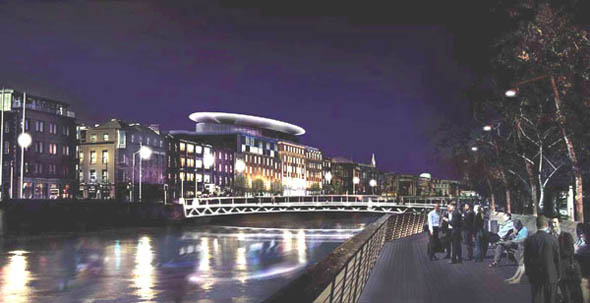 The former head of An Taisce last night expressed concern that approval was given to U2’s controversial revamp of the Clarence Hotel out of “deference”. Dublin City Council officials granted the superstar rock group planning permission to go ahead with their €150m planned revamp amid criticism last week. A condition is that the developers contribute almost €1m to council initiatives, such as the cost of the Metro North rail line. However, the council’s own city conservation architect, Clare Hogan, had advised a refusal in her report — stating that the planned development did not meet legal requirements. She expressed concern that the band was unable to provide “exceptional circumstances” to demolish four neighbouring listed buildings — as required under the Planning and Development Act 2000. Co-owners Bono and the Edge plan to demolish the Georgian buildings and transform the 44-bedroom boutique hotel into a 141-bedroom, five-star hotel and spa — complete with restaurant, bar and fresh food market.