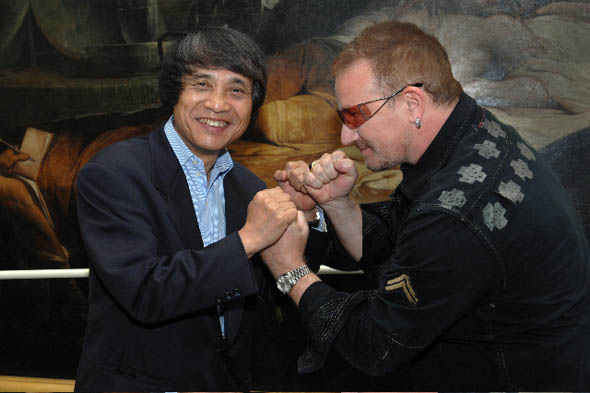 Bono turned from superstar to fan yesterday as he lavished praise on a visiting Japanese architect. The U2 frontman also revealed his optimism about the future of Irish architecture and praised developments taking place in Dublin, despite controversies about the character of some modern buildings, including the forthcoming “U2 Tower”. Tadao Ando, billed as “one of the world’s greatest living architects” gave the largest ever public lecture in Ireland on building design yesterday. In rock and roll terms, he was the headliner who attracted a 3,000 strong crowd while Bono was the warm-up act. The singer said that Ando (66) had found his own distinctive voice, “which is the hardest thing”.