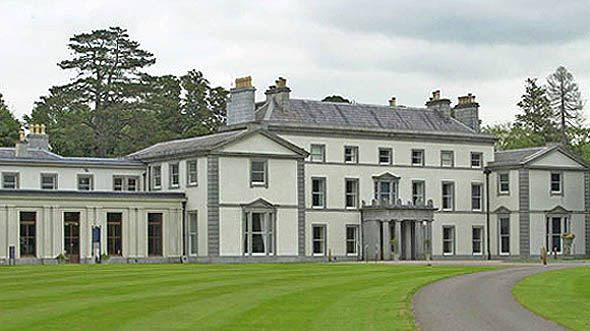 The Minister for the Environment, Heritage and Local Government, has announced that he has approved the acquisition of the prestigous heritage property, Fota House and Gardens, by the Irish Heritage Trust. The Irish Heritage Trust was established in 2006 with a mandate to acquire and present to the public major important heritage properties where the State does not wish to acquire them directly and where there is imminent risk to their heritage value. Fota House and Gardens is the first acquisition by the Trust and, referring to this, Minister Gormley said he “thanked the Chairman, the CEO and Board of the Trust for this successful outcome within a relatively short period of time”. He added “this augurs well for their future endeavours with regard to securing other significant heritage properties throughout Ireland and I wish them every success in the future”.

Fota House, the centrepiece of the great estate of the Earls of Barrymore, survives today with its architectural heritage and detail fully intact. It was created by Sir Richard Morrison and his son William Vitruvious Morrison, two of the most influential and celebrated architects of their era. The House is set in its original “island” park with its famous arboretum and renowned gardens that were developed in the second half of the 19th century. The Minister said “this is one of the most important houses of its period in Ireland and its survival in an intact state fully merits its preservation, conservation and sensitive development as one of Ireland’s great houses, gardens and ornamental estates”.

Fota House is currently operated by the Fota Trust Company and the Gardens are managed by the Office of Public Works. It is intended that the Irish Heritage Trust will take ownership of the House by the end of 2007 when the legal arrangements are finalised. OPW will continue to manage the Gardens for a further five years when the Trust will then assume responsibility for them. The Minister stated “I wish to commend both the Fota Trust Company and the OPW for their involvement with this particular property and for their co-operation with the Irish Heritage Trust in relation to the transitional issues associated with its acquisition”.