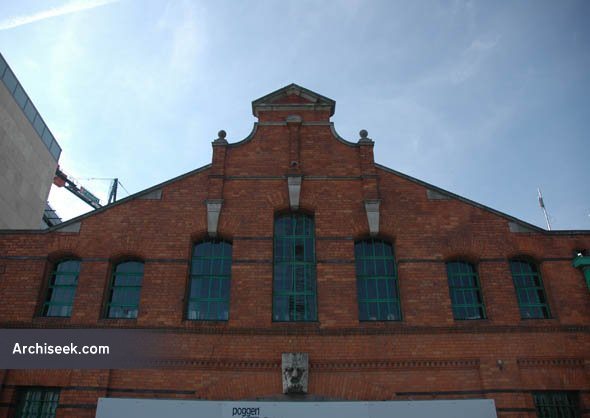 The former Tropical Fruit Company warehouse is a fine warehouse from the 1890s, with two gables facing on the quays. It has two original keystones from Carlisle bridge which were too large for the reconstructed O’Connell Bridge of 1880. As the bridge was losing its hump, the keystones were lower and were going to clip the barges passing underneath. Smaller copies were made and used on the bridge. The salvaged keystones were used here and represent the Atlantic and Anna Livia.