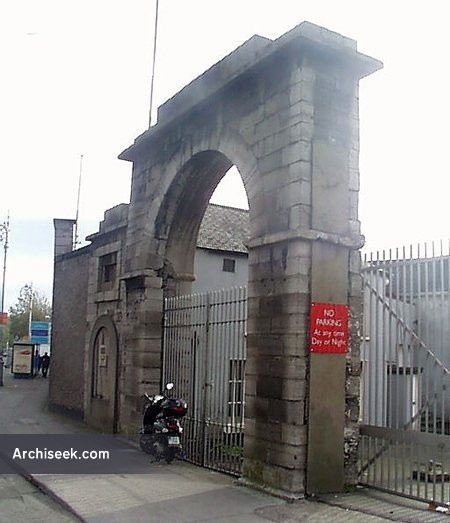 An Bord Pleanála has refused planning permission for a landmark development at the headquarters of Hickey’s Fabrics on Parkgate Street, Dublin 8, criticising its scale, massing and design as “bland and repetitive”. Scott Tallon Walker designed the mixed-use scheme at the 0.7-hectare site at the junction of Parkgate Street and Seán Heuston Bridge. Hickey’s was looking to build 139 apartments in two nine-storey blocks, a public plaza overhanging the River Liffey, a six-storey glazed office block and a new pedestrianised street connecting Parkgate Street to the river. It was also looking to create a break in the River Liffey Quay Wall, a protected structure, to the south of the site to facilitate views into the site from the south and the construction of a public plaza.