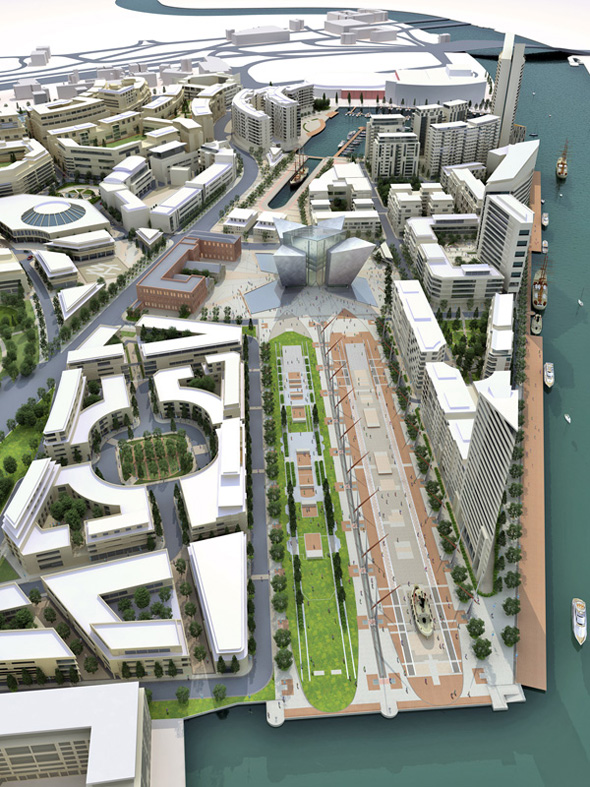 The construction of a new £1.5bn Titanic Quarter development for Belfast today moved a step closer after the planners gave its second phase the green light. Environment Minister Arlene Foster announced outline planning permission has been given for the second stage of a scheme that will bring 20,000 jobs over the next 15 years to the site once occupied by the world famous Belfast shipyard. Phase two of the quarter at Queen’s Island in the east of the city will see the creation of 2,000 residential units and a mix of buildings earmarked for employment, leisure and cultural tourism uses. It will cover the restoration of the Titanic and Olympic slipways and the Titanic Signature Project aimed at showcasing Belfast’s maritime and industrial heritage. The Environment Minister praised the Planning Service for the way it handled what was Northern Ireland’s largest ever planning application; it was received back in January. Mrs Foster said the second stage of Titanic Quarter would provide around three million sq ft of new floorspace in Belfast over 16.5 hectares. The largest waterfront development project in Europe, it will eventually cover 75 hectares (185 acres).