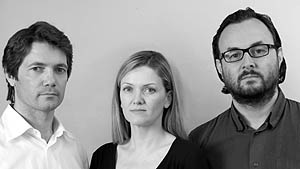 Text © Shane O’Toole. Images courtesy of the architects. Fuller version of the piece first published in The Sunday Times, September 3, 2006, as “A great development”.

Mankind has entered the urban age. A century ago, fewer than one in 10 people lived in cities. This year, for the first time in history, city dwellers outnumber others according to the UN. The 21st century experience will be urban, with more than three-quarters of the world’s population living in built-up areas – mostly in mega-cities concentrated in Asia, Africa and South America.

In the meantime, many western cities are shrinking and have been forced to re-invent themselves. Dublin, transformed in little more than a decade, is a case in point. Although numbers living in the inner city are once more increasing, the population within the canals remains a fraction of what it was in the 19th century.

Dublin’s experience is replicated in other centres. Despite an increase of more than 50% in less than half a century, the preliminary results from the 2006 census show a clear pattern across the republic: both inner city and rural areas are losing out, dramatically, to the suburbs in terms of population growth.

Even as the influx of immigrants has brought life and vitality to our city centres – with an estimated 167 languages now in daily use – more and more of us are choosing to settle in the real Irish heartland, suburbia.

This year the Venice Biennale has abandoned the glorification of architectural icons in favour of provoking a debate on the way we shape the future of urban society. It is an urgent attempt to re-engage the physical structure of cities – their buildings, spaces and streets, the domain of architects and urban designers – with the social, cultural and economic dimensions of urban life.

Cities: Architecture and Society, curated by Ricky Burdett, a professor at the London School of Economics and advisor to the mayors of both London and Barcelona, aims to reveal the urban DNA of 16 world cities and show what makes them tick. The largest metropolis he has studied is Tokyo, with a population exceeding 35 million, followed by Mexico City, New York and São Paulo, all approaching 20m.

Even the smaller conurbations under analysis, such as Barcelona and Milan-Turin, have populations roughly comparable with that of the Republic of Ireland – which, at 4.2m, is higher than at any time since 1861. Why, then, do we never think of the country as a single entity, at least in terms of physical planning? Fragmenting the task across scores of competing, inward-looking authorities has caused us to lose sight of the big picture.

The republic’s population will grow by more than one-third in the next generation – to 5.8m – according to the upper range of projections by the Central Statistics Office. How can such growth be accommodated and what are the implications for the quality of life? Many car commuters, faced with daily journeys of three or four hours, already feel the elastic is about to snap. Family life is under pressure, communities are atomised and the future of the countryside itself is uncertain.

For years Dublin’s suburban expansion has been springing up in places as far away as Wexford and Cavan. One-third of the homes in the state have been built since 1995. We are building houses as seven times the German rate and four times the EU average. The evidence is visible from space. Satellite photographs show thick brown rings surrounding Dublin, Galway, Limerick and Cork – an urban growth pattern that is unlike any other country in Europe.

Irish development issues are unique. Our sprawl is driven by a national obsession with the car – at an annual average of 25,000km per car, we drive more than any other nation, even the US – as well as an innate desire to live on the land. But the oil that sustains us is running out.

Add to this the country’s underdeveloped infrastructure network, the absence of co-ordinated national planning, an overreliance on market forces and the localism and lack of political will engendered by our system of multi-seat constituencies – compounded by hopelessly short time horizons, invariably set by the next general election – and it is easy to see why Ireland has become a global case study in extreme suburbanisation.

Will we be happy with more of the same between now and 2030? If we need a solution, it is clear that it will not come from the top. We must discover it for ourselves – one car at a time, one home after the other.

This is the territory Michelle Fagan, Paul Kelly and Gary Lysaght of FKL Architects – who won the Irish Architecture Foundation’s competition to curate Ireland’s entry to this biennale – has staked out for itself in Venice, to offer alternative visions for the Ireland of 2030.

Architects are not soothsayers, but somebody needs to fill the visionary vacuum and illustrate some of the characteristics of success that should mark our society a generation hence. FKL has joined nine of Ireland’s leading architects, now in their 30’s and early 40’s – the generation who will shape the Ireland our children will inherit – to the task, alongside economist Constantin Gurdgiev, editor of Business and Finance, environmentalist Frank McDonald and independent filmmaker, Jennifer Keegan.

FKL and its colleagues are seeking to harness the overwhelming Irish desire to live in low- to medium-density housing built around a road-based infrastructure to create a hybrid development model that features the best characteristics of both rural and urban life. FKL calls this approach – which values land for its intrinsic qualities and not simply as a location for a one-off cash crop of housing to replace lost agricultural production – SuperRural.

In its own exhibit, FKL chases down the Irish dream, showing how dispersed housing along the nation’s motorway hinterland could become ecologically friendly through the exploitation of biomass crops that could be turned into fuel to support a local car culture augmented by efficient bus services over longer distances.

Dublin-London is the world’s second busiest air route. Short-haul flights are fuel-inefficient and may not be viable by 2030, due to carbon taxes. To protect Ireland’s globalised economy, Heneghan Peng, rising stars of world architecture, proposes a high-speed rail bridge from Rosslare to Fishguard, connecting Dublin with London and Paris.

Henchion+Reuter Architects are also fascinated by trains, which rarely work in Ireland because the population is scattered so widely. It argues that if the 1.6m new residents we expect were to settle only within the corridors between the big cities, Ireland could achieve the critical mass needed to support Danish-style high-speed trains. This would have the effect of shrinking the productive part of the island – cutting the travel time between Dublin and Sligo from more than 3 hours to 48 minutes, for example – while also improving access to Ireland’s Atlantic tourist zones.

Fluidcity by Dominic Stevens is a river-borne caravanserai of urban amenities, a moving city that appears overnight, then vanishes quietly, departing in the mist to a new location. Once a week, this ephemeral resource – a piece of soft infrastructure – brings the buzz of urban life to a quarter of a million people living along the banks of the Shannon.

MacGabhann Architects investigates sinkable seaside holiday villages in Donegal that are only visible when occupied, disappearing into the ground during the long months when nobody’s at home.

While some of the exhibits propose solutions to pressing problems, others pose questions that have scarcely entered our consciousness. Bucholz McEvoy wonders we why we shouldn’t aim to become a Singapore-without-skyscrapers, trading our ideas globally from the heart of the countryside – a sort of Campus Ireland enabled by wireless technology.

Boyd Cody Architects asks what we would do if we could start from scratch with an extra, empty county. By 2030 the vast wetland territory of Ireland’s Boora Complex, the size of a small county, will be ready for reuse after Bord na Móna’s peat reserves are exhausted.

DePaor Architects, observing that at current rates of output we will build half a million new houses in the countryside by 2030 – requiring road frontage four times the length of the Irish coastline – looks at the impact a ban on building on virgin land might have: what if you could only build up, not out?

And what if we do nothing at all? ODOS Architects, working with the graphic artist BrenB, present Vertical Sprawl, a cautionary tale told in comic-book style, of what happens when horizontal suburban expansion is no longer possible. In 2030, as they say, the sky is the limit…

None of the scenarios FKL and its team have produced are predictions, however. They are stories whose importance lies in the conversations they will spark and the decisions they inform.

While continuing to celebrate our rugged individualism, Irish society must come to grips – now – with the fact that our futures are interconnected. A new disposition towards the land is needed, ditching the old urban-rural divide in favour of a vision that treats our small island, town and countryside, as an integrated entity.