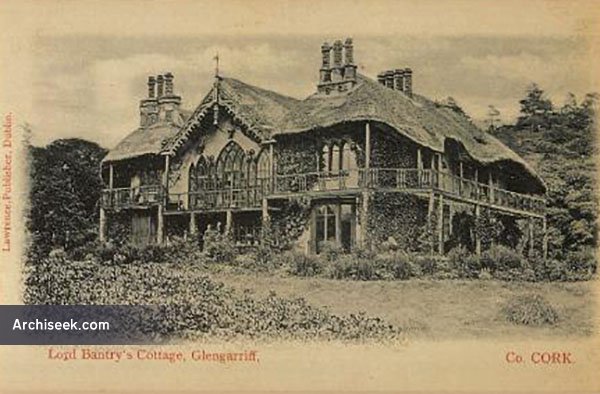 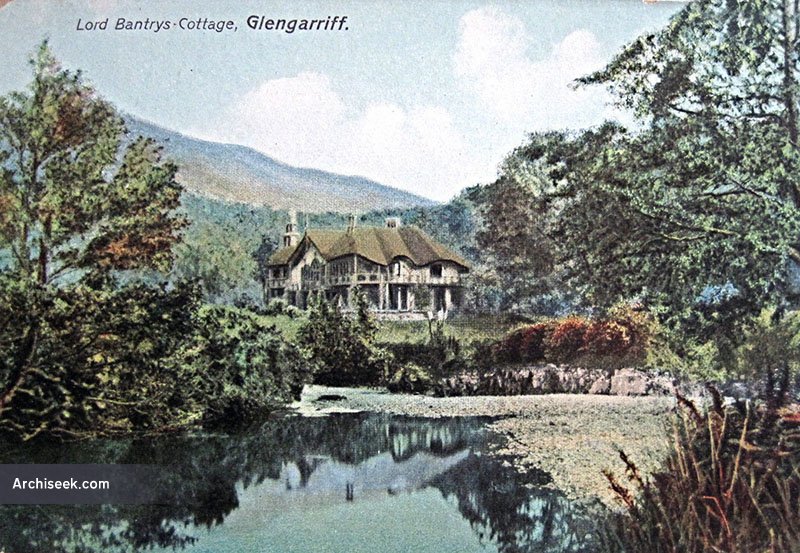 Glengarriff Lodge began life as a modest hunting lodge constructed in the 1760s by wealthy Bantry lawyer Richard White. The family was later granted an hereditary peerage for its resistance to Wolfe Tone’s insurrection of 1796.In 1815, as the first Lord Bantry, he built a more stylish thatched-roof hunting retreat on the site of the old hunting lodge. For many years, Lord Bantry lived in it, in preference to the main house. 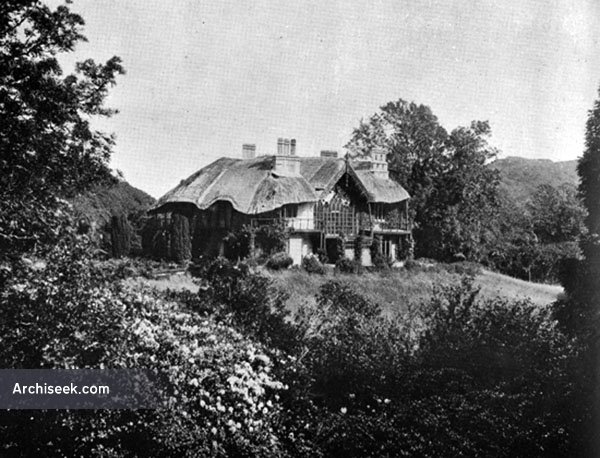 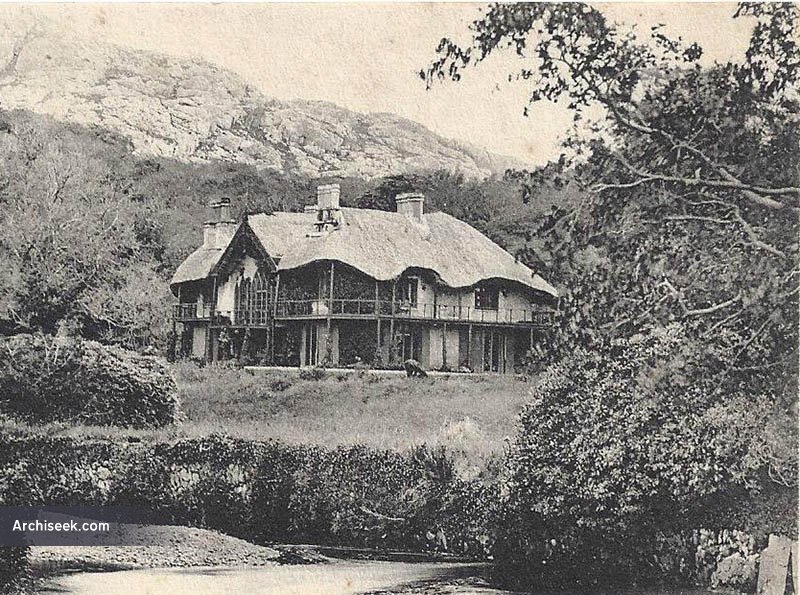 The lodge was probably designed by Lord Bantry’s son, Lord Berehaven, in the “cottage ornée” style of John Nash. Sold by the family in the 1940s, but after an extensive restoration it was destroyed by fire in 1959. It was rebuilt using original stonework but not to the original design.