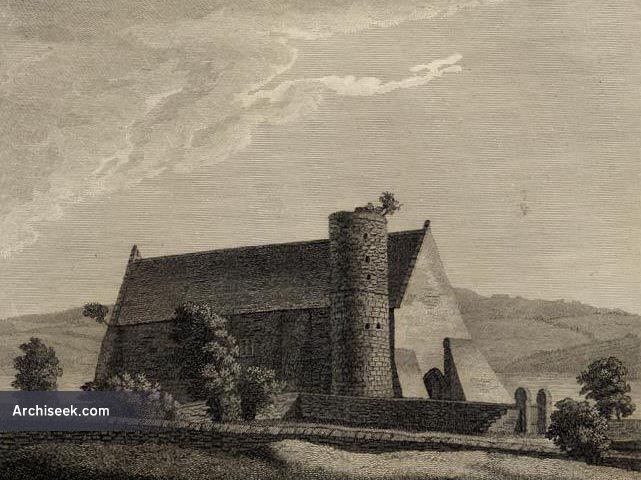 The remains of a 13th century church and round tower. St Mary’s Priory was established here on the northern banks of Garfiney Lough in the 12th century for Augustinian Canons. The church, which is over 33 metres in length, was extended west in the 15th century. It had traceried windows in the east and in the south walls. The abbey was made subject to St Mary’s Abbey, Kells. After the Suppression the lands were granted to Hugh O’Reilly of the Brenie in 1570.

The round tower is one of the most striking features, standing to over 11m in height. For the lower 7m or so the construction is of well-formed and dressed blocks of limestone. About 150 metres from the church there are a series of earthworks which probably represent the remains of the 12th Century Augustinian Priory