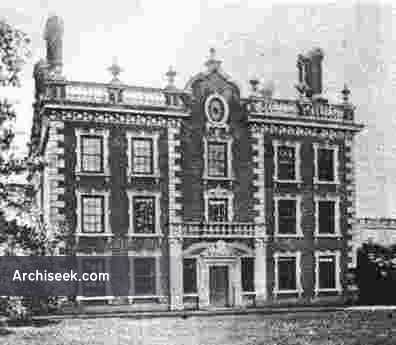 The Blacker family, founded an estate at Carrick, on the Portadown–Gilford road. The land had been bought by Colonel Valentine Blacker from Sir Anthony Cope of Loughgall, and became known as Carrickblacker. Their house was originally constructed in 1692 with further enlargment during the 19th century. Like other houses of its era in Ulster and North Leinter, it has a Dutch gable. The estate was purchased in 1937 by Portadown Golf Club, who demolished Carrickblacker House in 1988 to make way for a new clubhouse.