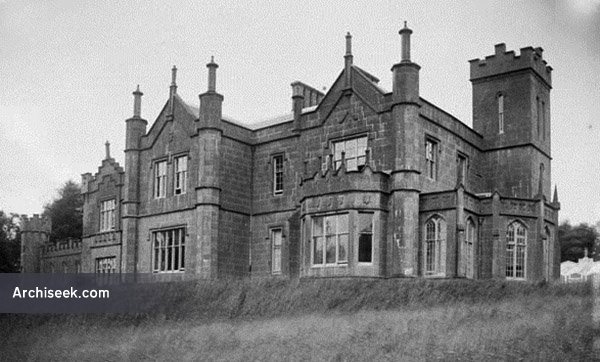 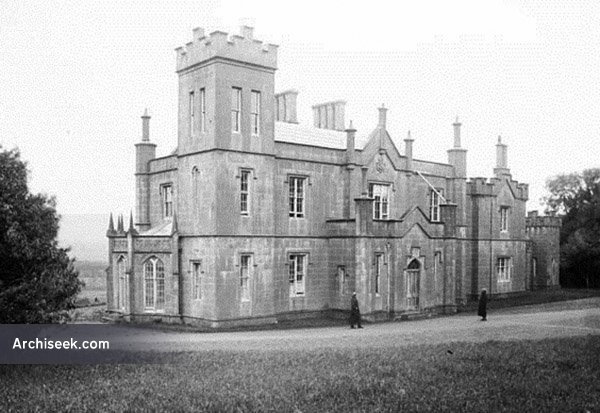 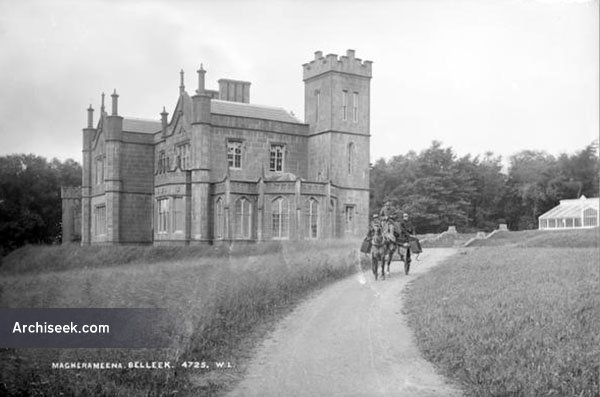 Constructed between 1835 and 1840, with the design exhibited at the RHA in 1840. In the Tudor-Gothic style, it was of two storeys, with irregular facades, polygonal turrets and finials; tall Gothic windows; and a square battlemented tower at one corner.

Described in 1994 by J.A.K Dean, in ‘The Gate Lodges of Ulster’ as being “secreted behind rampant shrubbery the gabled three bay building constructed in very fine uncoursed squared masonry in which the windows with lancet heads are arranged in pairs… A central ornamental porch to the front door has been taken down. To the steep gables sturdy waved bargeboards… The house is now a ruin, the lodge though occupied, run down”. Unroofed in the 1950s and now a ruin.