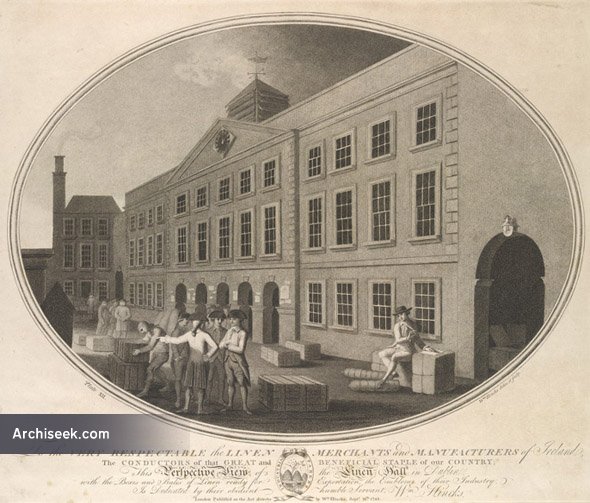 In 1722 a centralised Linen Hall was proposed by the Linen Board and several sites around the city were considered and dismissed. The Linen Board eventually decided in favour of a three-acre site at the top of Capel Street. Over the next six years, the Linen Hall gradually took shape and it opened for trade on November 14th, 1728. The Linen Hall contained a large trading floor and 550 compartments or bays for the storage of linen. There was also a large boardroom for the use of the trustees and what was described as “a large and elegant coffee-room for the accommodation of factors and traders who daily crowd its courts”.

Originally designed by Thomas Burgh in 1722, it was enlarged by Thomas Cooley in 1784. However with the opening of the Belfast Linen Hall in 1783, the Dublin industry went into terminal decline and the Linen Board was abolished in 1828. 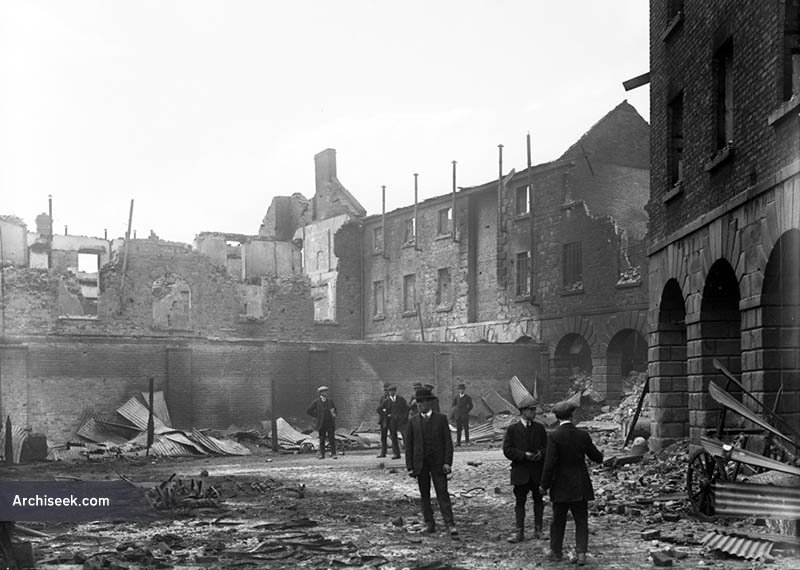 During the 1870s the Linen Hall was used as a temporary barracks by the British Army and it was taken over by the board of works in 1878. It was destroyed by fire during the 1916 Rebellion.